Every time we have one of these mass school shootings, we go through the same ritual: the MSM immediately jumps to a "national dialog" on gun control and we get a flurry of new regulations that make life tougher for legitimate gun owners while failing to prevent future mass school shootings.

At the forefront is always a chorus calling for banning all guns. Proposing such a solution is hopelessly naive, almost at the level of saying "just give all the poor people money" as a solution to fight poverty.
For one thing, you can't ban all weapons in the US because of the second amendment. You won't repeal the second amendment because there is no where near enough popular support for that (instead the current SCOTUS may very well only strengthen it in the near future).

Beyond this are logistical challenges: there are 20% more guns than people in the US. Even with a massive buy-back/confiscation program, such an attempt is likely to be thwarted by non-compliance.
That's not even considering how to deal with guns in the hands of police and the military.

And, of course, there is the budding field of 3D printed weaponry and even ammunition that is likely to ensure a future supply of armaments to those willing to break the law.

There's also the question of personal defense. IIRC, Americans defend themselves with guns between 60 thousand and two million times a year (depending on whose estimates you believe).
By what moral calculus do you deprive a population of protecting itself from that many robberies, rapes or even murders in the interest of preventing one specific kind of extremely rare mass murder?

So why expend energy arguing for a solution that is a legal non-starter, not likely to solve the problem and ignores a wide swath of extremely negative side-effects?
The only conclusion I can draw is that the basic agenda here is not one of preventing school shootings, but simply one of ratcheting up gun control laws -- an area in which these kinds of activists have been quite successful.

This is why I have to question either the integrity or the intelligence of anyone proposing this kind of solution. If you seriously care about the problem, you should be thinking outside of the boundaries of a particular solution, and clearly we're not getting anywhere with this line of reasoning.
There are a number of other potential solutions on the table. Maybe this would be a good time for us to elevate the broader discussion? 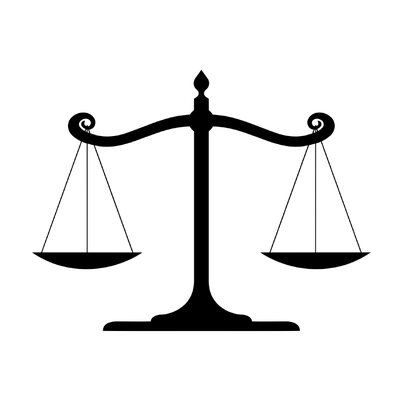 @mindhog At least one anti-gun person finally did the math:

Unfortunately, most anti-gun people are anti-gun out of pure fear, and refuse to think rationally about the subject. They're basically witch-burners.

What other ways do you propose in order to keep gunsbut to reduce shootings?

@h4890 @billblake2018 So I'm going to circumvent the whole discussion of education. I don't think it's irrelevant, but the subject I was speaking of was specifically in reference to mass shootings at schools (apropos the recent incident at Uvalde, Texas).
More broadly, it's not at all clear that the presence of guns in a community has any correlation with the amount of violence in that community.

@h4890 @billblake2018 However, WRT mass school shootings specifically, the two other possible solutions that have been identified are 1) arming more people at schools (or more generally, other defensive mechanisms) and 2) reducing the media coverage of these kinds of events given that there's evidence that coverage breeds emulation.

@mindhog @h4890 Uvalde illustrates, though, that merely arming more people isn't enough. Arming the *right* people might help. The second isn't going to happen: "If it bleeds, it leads".

@billblake2018 @h4890 Probably true. Though it would be interesting to see the MSM discussing its own role in propagating these events.

@mindhog @h4890 It doesn't seem likely that even restraint by MSM would make any difference. There are too many routes for the info to get out.